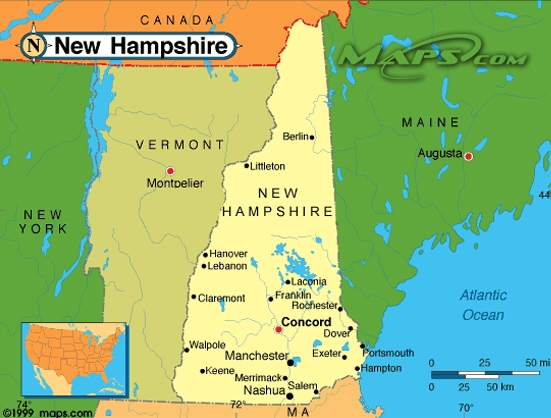 - New Hampshire is a state in the New England region of the northeastern United states of America. The state was named after the southern English county of Hampshire.
It is known internationally for the New Hampshire primary, the first primary in the quadrennial U.S. presidential election cycle.

New Hampshire has the second highest percentage of Micmac, Scottic Gaelic and Sindhi speakers in the United States.
Back to List
Get a Quote >